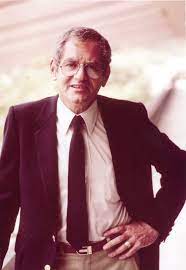 Eli Timoner became partially paralyzed at age 53 in a quirky accident that left him unable to walk and work and live what most of us would consider a “productive” life. His children were young, and his wife, Lisa, was suddenly charged with managing the household. She rallied, and so did the kids. They became “Team T,” displaying spirited courage and determination to care for their dad and each other in the face of the many drastic changes to come.

Eli had been a successful entrepreneur, a philanthropist, an all-around good man. Forty years later, his body was spent. After falling repeatedly, often depending on his son to come rescue him and even endangering his wife at times, he decided he wanted to call it quits. And living in California, where the option to end his life was legal under specifically defined circumstances, he declared his wishes and put into motion his final act as a husband and father.

That’s the plot of his daughter Ondi Timoner’s documentary film, Last Flight Home, but it’s not the story. The story is how one family responds. How they come together to support their beloved father’s desire to let go of life. How they work to make arrangements through a willing hospice worker and two doctors—it takes this double medical confirmation before heart-stopping drugs can be prescribed. And then how they assist him to get in touch with family and friends and old business associates so he can say goodbye.

Through it all, Eli is lucid and engaged and sometimes downright funny. It’s clear that he’s clear about his choice, and the whole family colludes in making the occasion one filled with love and thanksgiving. It’s a tearjerker, for sure. Viewers should prepare to be caught up emotionally in this beautiful drama, and perhaps be surprised at their own joy by the time the tale is told.

Medical aid in dying, the right to die, assisted suicide—these joyless terms often bring out righteous conflict between believers on both sides of the question. If merely talking openly about our very personal mortality is taboo, then frank discussion on the merits of choosing one’s death—legally, safely—is off the charts of socially accepted conversation.

In her expert film direction and editing, Ondi Timoner manages to avoid such controversy and, instead, focuses her camera on the presence of familial love. Eli responds to his grandchildren, his adult son and daughters—one a rabbi—and his wife with candid, unabashed affection. They return the same. With a laptop held in front of him, he greets old friends and wishes them well. He’s frank and to the point, and Ondi has caught it all—the intimacy and honesty, the regrets and shame, the readiness to move on.

Witnessing death is never easy, yet the act of dying openly and by one’s own volition allows for the possibility of such a tender completion to be known and understood by others. It is life-affirming. Last Flight Home teaches us how to live.  —Ann Hutton 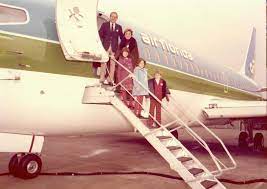